Nightmares badly influence health and learning. Population of the study comprised of all boys and girls of Secondary Schools in NWA whereas (n=403) respondents, 202(50.12%) boys and 201(49.88%) girls were taken as sample from the entire population. Face-to-face questionnaire was used to collect data from respondents through stratified random sampling technique. The key objective of the study was to examine relationship of nightmares with students’ health and their academic achievement. Data was delimited to Secondary School students in NWA. Data was statistically analyzed through SPSS by using Pearson Correlation. The respondents perceived nightmares responsible for students’ poor health and low academic achievement. The Mean value of nightmare was 3.2109, SD, 1.43263, and (p, .000 < 0.05) with negative ‘r’= - .355** which shows negative correlation of nightmares with students’ health and their academic achievement. Results and conclusions were drawn. Recommendations were suggested for future researchers and further improvement in the study. 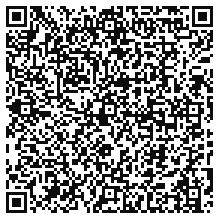