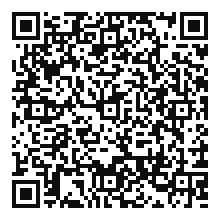 Learning English as a second language has become a dire need to meet the international educational standards. The objective was to explore the mother’s role in developing the child’s interest in learning English. A qualitative method was adopted in this study by taking 12 in-depth interviews from the mothers. Convenient sampling technique was used for the collection of data. Relevant analytical techniques for validation of various generated themes from the transcribed data were used. Using Nvivo Software, the perspectives of the respondents were analyzed to explore the mother’s role in developing an interest in learning English amongst the children. The theoretical framework of the study was based on theory of teaching and learning, that primarily focuses on the interest of the learner. Mothers have great influence in building their children’s interest in learning English. Three major themes including mother’s competencies, home learning environment, and motivation were found. The study gives future directions for potential research avenues.

Many researches have concluded that mothers’ role has tremendous impact on children’s interest for learning English language. This impact seemed to occur in three ways. First, mother competency i.e. her education and home environment. Home environment have two aspects i) environment where she has grown up ii) environment she is providing her child. Mothers themselves are role models for their children in learning language. Children are often influenced by what they see their parents do and will emulate the behavior or attributes they deem positive (Ellis, 2008), and this seems to extend to language learning as well. A mother stated: “When we went abroad, I watched my mother communicate with many foreigners in English and I envied her and I thought I wanted to be like my mother.” It shows that when children see their mothers interact with people in English, it fostered the desire in them to do the same.

Second, mothers exposed them to English from an early age through movies, music, or English language materials such as toys and games. For example, one of mother claimed to play English music for her young and said, “I like to listen to the music of Queen. I like that my kids grow up listening to these songs.”

Mothers provide opportunities for their kids to learn local language at schools or home tutoring. Those lessons were remembered as being fun and the participants not only learned English language, but also about different cultures. As one mother stated, “I experi­enced foreign culture for the first time when my mother started playing trick or treating, I think I started to like English then, I am imitating same with my kids to teach them English at home.”

Book reading, watching videos, conversation in English etc. are the examples of exposure to English at home. All these small activities create learning environment for the children to learn English with the support of their parents. This method is getting acceptance among parents of young children and a study analyzed online text data which showed that the key words “homeschooling”, “mother” and “online content” are being used frequently. According to the conclusion of different studies majority of the mothers of young children want to teach their kids English language by themselves at home. This phenomenon exhibits the online and offline variations of English education. Although a large number of mothers are motivated to teach English language to their kids, we find a few researches on English interaction at home. It can be due to the reason that the method of English interaction at home recently grabs the attention of the researchers. However, more attention was paid on the topics of parent’s perceptions and their practices of English language learning and effects of reading English books on children’s ability. Still previous studies are limited in terms of amount and scope. In this study, English private lessons are referring to the additional classes of English language taken in formal environment other than kindergartens or nurseries. Two methods of private English education have been reported:

Clearly, the mothers’ actions and attitudes towards their daughters’ English language develop­ment created a motivational base for their English language studies. Fostering a positive desire at such an early age is important because once positive opinions of a subject are formed, they will dictate learners’ future approaches to that subject (Wlod­kowski, 1997). In the case of these students, the role their mothers had in actively encouraging their English language learning is clear.

This is cross-sectional design study. As it is an exploratory study and qualitative interpretivist approach was considered appropriate to achieve the research aim to gain a deeper understanding of mothers’ role in developing a child’s interest in learning English through personal interviews.

Hence the focus of study is on the mother’s role; therefore, authors selected mothers from different professions with different qualification and family back ground. The study sampled twelve mothers who have, at least, one kid aged between 4 to 6 years who is attending kindergarten and nursery school for interviews. The job title of the respondents are project managers and project coordinators; 9 females and 11 males. The sample was selected purposefully to ensure representation from each project. Table 2 provides a summary of the participants’ demographics.

Table 2. Summary of the Participants’ Demographics

Contact details and email addresses of the mothers were collected from the kindergarten administration. Invitations to participate in the interviews were forwarded to their email addresses and personal sitting sessions were scheduled via telephonic appointment. Involvement in study was on volunteer basis and privacy was guaranteed. The interviews, which went around 40 to 60 minutes, comprised of questions with open ended nature with more penetrating to elucidate or succeed answers. Contributors’ answers were taped and validated prior finishing the meetings. Twelve semi-structured interviews were done on in person session. Participants were convenient to give interview in person.

The taped interviews were converted into the transcribed form. The interviews incorporated in NVivo for storing, managing and analyzing the data. The coding of transcribed text was done by three-stage procedure; it includes open, axial and selective coding (Neuman, 2003). In the first stage open coding began with a detailed evaluation of the transcription. During this procedure, patterns were identified, the full data was prepared into theoretical groups and evolving themes were then settled till then each interview had been appraised and done coding. Demographic information was also given to each member at this step, memos covering added ideas or opinions regarding the interview.

The following step was axial coding that evaluates the preliminary themes combined and settled with alike themes gathered together. Furthermore, one main class was chosen under that other connected topics converted subthemes. A concluding review i.e. selective coding finished the coding procedure with any discrepancies or overlying themes recognized and distinguished through associating and antagonizing extent of settlement between contributors’ answers to confirm the arrangement.

As per respondents’ views, it is important to have openness to foreign cultures and allow children to navigate across different cultural groups. Mothers are ready to welcome the new trends and changes while allowing their children to mingle with other cultural groups. On the other hand, many participants don’t consider elementary education of mother as important factor as language learning needs practice at regular basis in informal settings.

It is suggestive from the results that there was still a positive influence of a mother’s competencies, motivation and home learning environment on a child’s interest in learning English. Mothers’ motivation and young children motivation to learn English language cannot be discretely separated, and hence, should be analyzed together in future studies to consider their relationship. Taking this into account, it is necessary to examine which characteristics of English interaction at home can enhance a child’s interest in learning English in future studies. More research in other areas is needed to determine if this is the case.  Despite being such a small sample of students, this study draws attention to the role that mothers have on English language learning of younger children. It also provides insight into how mothers as role models have influenced young children to learn English language.

Although this study showed that interaction in English at home was helpful for children to increase their interest in learning English language, it is important to note that ignoring developmental demands of young children and excessive provision of English language stimuli at home may cause side effects. Therefore, further research is needed to provide implications for adequate ways of providing English education at home in line with the child’s developmental properties.

The researchers gather data from twelve mothers who have different demographics. Hence, it could not be claimed that the findings have given a comprehensive summary of the mothers’ role in English language learning of young children of Pakistan.