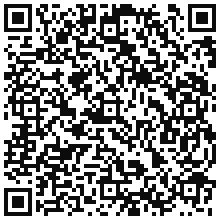 Dynamics of Mental Health Literacy Among the Academic Staff: A Developing Country Perspective

Universities are ideal locations for improving Mental Health Literacy and academic staff can play vital role in guiding students about mental health. However, there is scarcity of research on Mental Health Literacy in universities of Pakistan, thus indicating research gap. This research assesses faculty members’ knowledge, beliefs, and attitudes toward mental health. It also examines roles and capacities of faculty members in guiding students about mental health. Finally, it will examine relationship between demographic characteristics and Mental Health Literacy. A cross-sectional design was used. Population consisted of 441 academic staff of universities of Pakistan. A sample of 251 was obtained through Stratified Radom Sampling. Data was collected through “self-administered online questionnaire” and analyzed through descriptive statistics and Multivariate Linear Regression models. Academic staff had moderate level of knowledge about mental illnesses. They had moderate beliefs and attitudes regarding mental illness and had played mild roles in promoting mental health among students.

The current study aims at assessing the faculty members’ knowledge, beliefs, and attitudes toward mental health problems. Later on it will examine the roles and capacities of faculty members in guiding and facilitating students about mental health problems. Finally, the “relationship between participants’” demographic characteristics and their Mental Health Literacy will be examined. This study has used different theoretical lenses for investigating the identified research questions. For example Jorm’s (2000) framework on mental health literacy. Von Wagner, Steptoe, Wolf, and Wardle’s (2009) framework on health literacy and Hornby and Atkinson’s (2003) model for explaining the role of educator in promoting mental health in educational institutions.

A cross-sectional survey design was adopted because it helped in collecting data at a specific point of time and in a cost effective way (Hackshaw, 2015).

Population consisted of all academic staff working in the three selected universities. According to the official websites of these universities there were a total of 441 academic staff at the time of data collection. A multi-stage sampling technique was used to draw a sample of 259, as clear from Table 01. Initially strata were made on the basis of job positions held by each academic staff. In the second “stage simple random sampling was done within each” stadium according to formula provided by Yamane (1967:886), i.e., N=N/1+N(e)2. Where n is “sample size, N is population size, and e is the level of precision. For small population sizes the precision levels are kept high, whereas for large population sizes, the precision levels are kept low”. In the current study precision level was kept at 90% confidence level, i.e., (e=0.10).

The data was “collected through online self-administered questionnaire”. The questionnaire contained total of 51 items with following sections:

Beliefs about mental illness were evaluated by 03 “items of Mental Health Knowledge Questionnaire” by Wang et al.,(2013) and 05 items of Questionnaire on mental health and illness by Dogra et al.,(2012).

Role and Capacities of Educators

Role and capacities of educators in promoting mental health literacy were assessed by 09 items of Teachers’ perceived role breadth scale by Mazzer and Rickwood (2015) and 05 items of Teachers’ knowledge, competence and self-efficacy scale by Askell-Williams and Lawson (2013). Items for the knowledge, beliefs, attitudes and roles were rated according to the five-point Likert scaling procedure.

Statistical analyses were conducted through MS Excel, 2010 and SPSS Version 20. Data on demographic profile and other variables for assessing the participants’ knowledge, belief, attitudes and roles about mental health were analyzed by calculating frequencies and percentages. All of the statements on knowledge, beliefs, attitude, and roles were scaled according to five point Likert scale. Similarly, scores for each of these variable was calculated according Likert scoring procedure (Sullivan & Artino, 2013). Each “rating was multiplied with total number of items”. For the variable of knowledge, a score of 23 or less was considered as low knowledge. A score of 24 or above was considered as mild knowledge, while A score of 47 or above was considered as high knowledge. On the other side the scores for the variables of beliefs and attitudes ranged from 13 or less for negative, 14 or above for moderate and 27 or above for positive beliefs/attitudes. Finally the score for the variable of roles about mental health ranged from 23 or less as no role. A score of 24 or above was considered as mild role, while a score of 47 or above was considered as active role. Separate Multivariate Linear Regression models were run according to steps devised by Montgomery, Peck, and Vining (2013) for determining the relationship between demographic characteristics of the sample and the core dimensions of Mental Health Literacy. Before running the regression analysis, the prerequisite (assumptions) of regression analysis as suggested by Tabachnick and Fidell (2007) were tested. These assumptions include checking the outlier, normality and linearity, multicollinearity, and homoscedasticity.

Total of 218 responses were recorded in the online database. After a screening of all recorded cases it was found that 39 cases had more than 10% of missing responses. These cases were deleted because Hair & Anderson (2010) suggested that missing data in a single case if exceed the limit of 10%, then should be deleted. In this way a response rate of 71.32% was finally achieved.

The results regarding association between the demographic characteristics and dimension of Mental Health Literacy show that teachers’ age, job positions and work experience were significantly related to the Mental Health Literacy. Age wise, the young age was positively associated with Mental Health Literacy. Similarly, job position and work experience wise, lecturers having 01 to 05 years of work experience were positively associated with Mental Health Literacy. It is because the young teacher possesses more current knowledge about things around them as compared to old teachers, who are more stuck to their existing knowledge. Moreover, in the last few years the Higher Education Commission of Pakistan has changed the university teachers’ selection criteria with more focus candidates having foreign qualification and diverse knowledge. Similarly, the Higher Education Commission of Pakistan has also focused on teachers’ training and capacity development. Resultantly the younger teachers have become more versatile and dynamic as compared to the senior teachers.  Similar findings were reported by Rohan Dilip Mendonsa and Shihabuddeen (2013) and Yu, Liu, Hu, Liu, Liu, et al.,(2015) on the positive association between young age and higher Mental Health Literacy.

The administration of universities can get guidance from findings of the current study. They can take necessary interventions like, e.g., they can develop policies related to Mental Health Literacy at the campus level. They can launch trainings related to mental health literacy for the staff of the university. The academics department of university can work on launching professional courses on mental health literacy in the university. Moreover, courses on mental health literacy can be added to the curriculum. The findings of current study can guide the faculty members in detecting mental health problems at its earliest stage. Such detection can guide them in seeking appropriate professional help. Furthermore, the roles of faculty members in guiding students about mental health will be known. Information about such roles can be disseminated among faculty members in other universities of Pakistan. Such information can also help in understanding the mechanism through which interactions between teachers and students are done A mentally healthy community can better contribute to the socioeconomic development of the country as a whole.

Promotion of Mental Health Literacy is one of the basic needs in the higher education institutions of Pakistan because most of the people in Pakistan have a lack of access to the professional psychiatric services. Moreover, there is a lack of awareness and misconceptions about mental health problems among public of Pakistan. As the higher education institutions act as natural platforms for mental health promotion among mass people, therefore, more emphasis should be laid on the promotion of Mental Health Literacy as it is the preventive mode and cost-effective way of managing mental illnesses at societal level. A preventive approach is more cost effective in developing countries like Pakistan, which has limited budget for health care expenditure. It is therefore, concluded that the Mental Health Literacy should be promoted among the teachers as well as students in universities of Pakistan, so that the society as a whole can get awareness about the prevention and cure of mental illnesses. In this we can get a healthy society, which can contribute to the socioeconomic development of country as a whole.