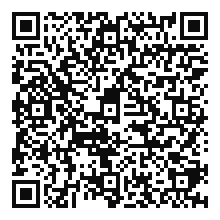 Exploring the Problems Towards Entrepreneurship Development in Pakistan

The entrepreneurship has been widely described by researchers as intermingling of the different innovative techniques used by the individuals through risk taking behavior to avail the available business opportunity. The entrepreneurship has some positive as well as negative consequences for individual who desired to invest their resources in the business opportunities. In Pakistan, there are many opportunities for entrepreneurship development as supported by government in diverse spheres. In Pakistan, the risk taking and innovation is inhibited severely by invasive role of government in marketplaces related to the diverse businesses. To examine phenomenon by analyzing the views, the data was collected from students hailing from the universities located in southern region of Khyber Pakhtunkhwa, Pakistan. The study is expected to provide certain valuable information about relationships among the research variables thereby extracting some recommendation from the results for the policy makers and future researchers to cater the situation related with entrepreneurship development in Pakistan.

The major concern towards inspiration for conducting this research is vital prerequisite in development of an understanding about nature of problems confronted by the entrepreneurs in Pakistan. The present study endeavors to conduct a survey about statistically significant results regarding problems (financial, technical & cultural) of entrepreneurship development in Pakistan by exploring the views of university students from southern region of the Khyber Pakhtunkhwa, Pakistan. This study will provide suitable suggestions as emerged from results through statistical procedures in reaching the conclusion.

1.         The study aims to examine views of the students about association between the problems

3.        The study intends to observe opinions of students about impact of problems (financial, technical & cultural) on entrepreneurship development (Hypothesis # 2).

The fast growing population, lack of the long-term policies, poor economic conditions, lack of the suitable infrastructure and insufficient provision of business occasions are main challenges which makes Pakistan the world most puzzling country towards long-term economic sustainable growth that might consume and integrate the prolonged functioning population (Ahmed & Azim, 2010). The Pakistan young population is comprising 46% of the total population. The decision powers and resources and the governmental machinery have moved towards the provincial administrations after the eighteenth amendment in the constitution of Pakistan (Akbar & Bashir, 2006). The provinces of Pakistan have to plan their own policies concerning development in different sectors like education, health and economic strategies by observing the situations at the gross root level in the provinces (Muhammad et al., 2012). In Pakistan, unfortunately, no such policies exist which might lead to the uniformed policies regarding the decision-making in each province about situation, characteristics, economies and particular developments towards the youth.

The edification of entrepreneurship has become the leading issue and thus develop the burning issue gradually. Concerning the youth, universities have brought together curricula and programs towards the introduction to entrepreneurship (Afza, Hassan & Rashid, 2010). For this purpose, various universities have offered various courses and curriculum towards the entrepreneurship development that how youth can have utilized relevant skills and knowledge in building their sound/strong financial and social conditions and to make contribution in economic development of the country (Mahmood et al., 2016). The entrepreneurship concept was emerged during the past decades and growing fast to become leading miracle. Eventually, entrepreneurship is the concerned mainly with instigation of individuals’ innovative ideas thereby starting their own inventive business in different spheres (Veciana, Aponte & Urbano, 2005). Most of individual are enthusiastic to take menace for the beginning their own businesses with the aim to take the chances for wealth maximization and thus became entrepreneur (Azhar, Javaid, Rehman & Hyder, 2010).

The prevailing economic conditions is offering some growing opportunities for countries like Pakistan. Actually, Pakistan is facing unemployment in widening range, causing to poverty, which leads to tremendous problems and results in unbalanced development with regard to economic prosperity (Muhammad et al., 2012). To overcome these financial problems and situations, the entrepreneurship development in Pakistan is the best resolution. Thus, it becomes vital to know that whether individuals are enthusiastic to come into entrepreneurial domain or more willingly to employ in diverse service organizations instead of entrepreneurship (Douglas & Shepherd, 2000). The young individuals ought to be considered so as to comprehend that which factors makes them inspired to initiate their own businesses (Audretsch & Thurik, 2001). The future selection career might depend on individuality, creativity and strong financial position of people in different situations. Still, reasonably inadequate information of individuals about appearance into entrepreneurship is main hindrance in the entering into entrepreneurships (Veciana et al., 2005).

The cultural problems are mainly related with the norms and values of the individuals in different spheres of the country. It is mainly concerning with customs and traditions of the specific region since every region has their own customs and traditions and this might be the great cause for the development in Pakistan (Akbar & Bashir, 2006). The entrepreneurship is greatest source for the cultural development when taking in the priority to up bring the main issues on the surface by reducing the hindrances which are effective in development process of the entrepreneurship in the developing areas of the country like Pakistan (Muhammad et al., 2012). The cultural issues are also the issue for great concern for individuals who are connected with the entrepreneurship businesses in less developed regions of Pakistan as it is the main source of the entrepreneurship opportunities for the individuals in making better their life standards and to improve financial and cultural dimensions. It is measured as main source for the growth in the individual financial position which is mainly affected by cultural values and the traditional dimensions of the specific regions (Mahmood et al., 2017).

The research design is the procedure of methods and tools used for conduction of the research studies in native environments (Creswell & Williams, 2012). The research design of the study is descriptive thereby describing the research variables of study and exploratory thereby exploring the relationships among the independent and dependent variables of the study. The survey approach will be used in the study to measure characteristics of the population over the sample size thereby asking the relevant questions from the respondents of the study who are basically the university students from southern region of Khyber Pakhtunkhwa, Pakistan.  The population comprising the complete description of the respondents and the sample if the sub-set of the population which is used for collection and analyzing data about the variables of the study (Lance & Hattori, 2016).

The population of study comprised of the university students from southern region of Khyber Pakhtunkhwa, Pakistan while the sample was chosen by applying the particular formula of the sample size. The data collection is the prerequisite for all the research studies as conducted by the student scholars. Without data collection process, no research study is possible (Lescroel, Ballard, Authier & Ainley, 2014). Without the data analysis, the data collection will be useless. The tools for data analysis are those which have to be applied by the scholar in finding out the answers of the research questions (Tabachnick & Fidell, 2007). The questionnaire for the primary data collection was adapted for Aslam and Hasnu (2016) which was conducted by exploring issues and constraints perceived by young entrepreneurs of Pakistan.

Hypothesis No. 1: The Correlation (Association among Research Variables)

Table 3. The Coefficient of Regression

This study aimed to examine the critical issues concerning problems of the entrepreneurship development in Pakistan by collecting data from university students and thereby analyzing thought the statistical procedures by using correlation and regression. Both the procedures have provided significant information in concluding this study. The study is significant in providing the requisite information about relationships among the research variables which were previous endorsed by many studies conducted by different researchers in different contexts. Therefore, this study provided valuable information which can be concluded in the following decisions.

2.        The problem (technical) have shown insignificant relationship with entrepreneurship development which was also validated by previous results from different studies. The reason behind this negative relationship is the limited resources available to the individual entrepreneurs along with limited technical knowledge and skills of the individual entrepreneurs which might be significant reason behind this negative link. The inexperience and limited technical resources are vital predictors behind negative relationship between the problems and the entrepreneurship development due to the empirical findings and results.

1.         The students should be provided the training opportunities at the university level to aware them about the significances of the entrepreneurship towards the development of the individuals’ economic and social status.

3.        The individual entrepreneurs should be offered the relaxation in the taxation system of the government to attract the new entrepreneurs in initiating their own businesses at the regional level.

4.        The individual entrepreneurs should be making available by providing them the basic and prerequisite facilities in starting their businesses thereby becoming independent and the affective entrepreneurs.

2.        The future research and student can obtain desired data about entrepreneurship development in Pakistan by studying the research findings of this study.

3.        The students might be able to obtained valuable information about the research guidelines and the literature offered in this study.

4.        The students and the expected entrepreneurs can obtain significant information from the results of this study about the entrepreneurship development in Pakistan.