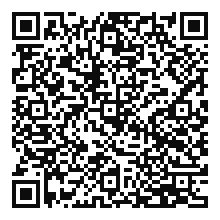 Cricket is the most famous game but no research work in cricket in the field of biomechanics. The aim of study was to find out the relationship of body segments angles, height of release, angle of release and average speed with deviation of ball. Eight males off spin bowlers has to bowl six legal deliveries. Descriptive statistics was used for describing the data. Pearson product moment correlation was used for the various relationship of the variable to the deviation of the ball. Angle of release (r=0.895**), average velocity (r=0.852), ankle joint left (r=.604), knee joint left (r=0.642), shoulder joint left (r=-.610) and elbow joint left (r=-.694) were significantly correlated to the deviation of the ball. Result shows that the balls bowled by bowlers with greater angle of release, on higher speeds and with extended left ankle angle were deviate more. Ball deviate more with lesser left shoulder and elbow angles.

Cricket is most famous game in Pakistan that connects the people around whole country. Roots of cricket in Pakistani society are very deep and vibrant. It brings people of Pakistan closer socially and culturally. According to experts, matches are won mostly by bowlers. Bowlers are either spin or fast. Spin bowlers’ plays vital role in the success of a team. Top three wicket taking bowlers in test match format are spin bowlers as well as in one-day cricket, highest wicket getter was also spin bowler (Goswami et al., 2016). Finger spin and wrist spin are two types of spin bowling. Off spin bowlers falls in the category of finger spin bowlers. As compared to the fast bowler, spin bowlers rely on tactics and deception to get wickets. Spin bowlers deviates the ball from its original path by producing rotational movement on the ball with speed mostly in between 70 -90 km/h (Goswami et al., 2016). Deviation can be in air or off the ground, depends on the skill of spin bowler (Woolmer, 2009).

A case study by Lloyd et al. (2000) on Muttiah Muralitharan quantified some facts about off spin bowling. Mostly the off-spin bowlers have a shorter stride length than leg-spinners. Ferdinands & Kersting, 2007 reported that Illegal bowling actions have relation to elbow extension and angular velocity. Identified kinematical variables of off spin bowlers were analysed by Chin et al. (2009).

A lot of factors affect the performance of the off-spin bowler but only few studies were carried on off spin bowling. So, there is need of extensive research. There is lack of research evidence that provide information about how off-spin bowlers’ deviate the ball to deceive the batsman at Grass root level. The aim of this study was to find out relationship of height of release, average velocity and body segment angles with deviation of the ball at grass root level in Pakistan.

Eight male off-spin bowlers from different clubs of Lahore, Pakistan participated in this study. They were amateur played and just played club level cricket. Board of the Study, Department of Sports Sciences and Physical Education, University of the Punjab, Pakistan given the approval for this study. Subjects were informed about testing protocols and consent was taken from subjects. Ten-minute warm-up was done by the participant of their own choice. Six practice deliveries were bowled by every bowler to get use to the testing scenario. Every bowler bowled six legal deliveries with extreme effort and only good length (11.5 – 14.5 m marked on pitch) ball were recorded for analysis. Specification of ball was 0.156± 0.163 kg mass and 0.224± 0.229 m circumference. Biomechanical analysis of off spin bowling was carried out by filming the outdoor bowling action test of all subjects on video. Three video cameras (60 frames per second) were used at different position showed in Fig.1 and identified biomechanical variables were calculated by following the procedure of Gosawami et al., 2016. To analyze and digitize the recorded videotapes, motion analysis system (Kinovea Software; 0.8.15) was used in fig.2.

Collected numerical data in raw form was examined by firstly arranged serially, then tabulated and later analyzed statistically by using IBM SPSS 22. For describing the data, Descriptive statistics was used. Pearson’s Product Moment Correlation was used to find out the relationship of selected variable with deviation of ball.

Table 1. Descriptive Statistics of Identified Variables of Off Spin Bowlers

Shoulder joint left had a negative and significant relation (-.610) with lateral ball deviation of the ball. Elbow joint left with mean and standard deviation of 130.18±1.89, range was 37, it showed significant and negative correlation (-.694) with lateral deviation of the ball. It was evident from results that if elbow joint is smaller than spin rate will be on higher side. The results of the study were in line with the study of Goswami et al., 2016 which is done on University level bowlers.

This study shows that balls bowled by off spin bowlers with greater angle of release, on higher speeds and with extended left ankle angle were deviate more. Ball of off spin bowlers deviate more with lesser left shoulder and elbow angles. This study concludes that performance of spin bowler can be enhanced by optimizing different body segment angles, angle of release and Average Velocity of the ball. Coaches can use result of this study to improve the performance of their bowlers