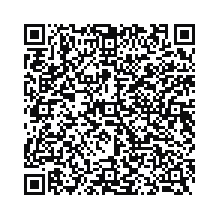 The Problem under study was the relationship of population composition with enrollment of children at primary level. The study was significant because we can make forecasting of educational plans keeping in view the relationship. All the Primary School of the District Bannu was included in the population for the study. The sample was 05 Urban Male School, 05 Urban Female School, 05 Rural Male School, and 05 Rural Female School. The research instrument was a questionnaire. Through this questionnaire data was collected regarding schools from 2013 to 2019 in different classes. The null hypothesis that there is no relationship between the population composition and enrollment was tested. The result shows that the correlation between the enrollment and the population growth is 0.98. It is high correlation which indicates the strong relationship between the number of enrollments of student and population

Iqbal (2017) Pakistan is a developing country & its whole population is approximately (16,000,0000) sixteen crores. Now the population of Pakistan is increasing very rapidly. If we imagine about increasing population, we feel hesitation, but it has some positive aspects too. Which is the following: -

The foremost positive aspect of increasing population is that it brings power and strength. About it we have a wise saying that “majority is authority”. Now in our country those people who are in majority they have well and stable back. But those who are in minority they consider inferior. So, we can say that strength and power can be brought through majority that why increasing population is considered beneficent (Ahmad Maqbool, 2006).

Second is also positive aspect of increasing population that the people who are dominant in majority are well acquainted. Everyone knows them well because of their cost and spreading influence. But those who are less not so well known. That’s why we many say that increasing population leads us to a good name and fame (Katozi Ali Murad, 2005).

Third, increasing population has a very important aspect because our religion permits us to increase population so that to increase religious color in the world. Now if we go through according to the teachings of Islam we must abolish family planning because it is a negation of our religion and try to increase our population (Iqbal, 2017). Next, the more we increase the more we will progress. If we our population increases, we will have health facility because more of the people will enter in a health department. Many of the people will cultivate agriculture and bring food prosperity etc. (Tanvir, 2004).

According to educational survey of Abadiat (Ministry of Education, 1999) population has negative aspects which are the following: -

·         First of all, we have our health problem. It is a negative aspect of increasing population. Because in our country there is a lack of physicians and hospitals, if our population increases day by day then we will face difficulty in providing health case to our patients. So, we should adopt a well family planning according to our resources.

·         Secondly, it is another negative aspect of increasing population which is economical problem. Our country Pakistan is not so stable economically to provide financial to each and every individual whether in ease of jobs or education etc. that’s why our population should be balance to our economy. Otherwise we will face difficulty.

·         Another negative impact of increasing population has on our education. It can affect our education because the inhabitants of our country are economically weak. They can’t afford more expenditure because their income is small than their outcome. That’s why if they increase their population, they will be unable to provide a proper education to their children. That’s why I suggest that everyone should go parallel with their expenditure.

·         Next, increasing population leads us to a lack of confidence. They destroy our determination and leads our children to confusion because in an increasing population. Children have no their childhood. They can’t find a thing for which they demand. So it should be a balanced one because it is the cry and demand of the day.

Bad Effects of Population Increase on the Education

The problem under study was “to investigate the relationship of population composition with enrollment of children at primary level.”

i) To know the relationship between male and female students’ enrollment in primary school.

ii) To know the difference of enrollment between rural and urban primary schools.

iii) To find out the relationship b/w population composition and enrollment at primary level.

Significance of the Study

This study was significant due to the following reasons.

i)        This study tells as about the male and female student’s enrollment in the primary schools of the district Bannu due to which we can easily plane for the education of these children. Also, the strength of enrollment helps in the decision-making process for the education for the administration.

iii)     This study tells us about the education level of rural and urban areas, also about the male and female children. Mostly the people in this district don’t send their female children in school, so this study in a type of effort to motivate such parents towards education.

H01: there is no significance difference of enrollment between male and female students in primary schools.

H02: there is no significance difference of enrollment between rural and urban primary schools.

H03: there is no relationship between population compositions with enrollment.

Following was delimitation of the study.

All the Primary School of the District Bannu was included in the population for the study.

Following sample was used for the research purpose in District Bannu.

The research instrument was a questionnaire. Through this questionnaire data was collected regarding schools from 2013 to 2019 in different classes.

Co-efficient of correlation was used as statistical technique.

Presentation and Analysis of Data

Table 23. Showing the correlation between the number of students and population growth from 2013 to 2019

Correlation between the Enrollment and the Population

Result: It is high correlation. It shows the strong relationship between the number of enrollments of student and population growth.

Following were the research findings

From the above findings it can be concluded that:

·         The enrollment rate increases with the population growth.

In the light of the findings of the study following recommendations are made.

·         New schools should be established with the increase in population.

·         Facilities should be increased with the passage of time.

·         Infrastructure should be increased with the increasing population.

·         Schools should be upgraded with the increasing population.