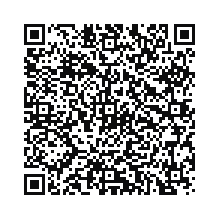 The Effects of Violence in Television Programs on Social Behavior of Preschoolers: Parents Perceptions

The purpose of the current study was to investigate the effects of television violence on the social behavior of preschoolers. The design of the study was descriptive based on survey research. The population of the study consisted of all the mothers of a preschooler in Lahore, Pakistan.  A sample comprised of 92 mothers of preschoolers of Allama Iqbal town Lahore and data were collected through a questionnaire. The findings of the present study show that there was an immense effect of television violence on the social behavior of preschoolers. Children apply things learned from television in their daily life, and the violence anticipated on television also promotes aggressive behavior.

Since the last 50 years, with the advancement of technology, the media's impact has expanded enormously. Among media, television is proved to be one of the most powerful sources due to its high frequency and popularity in all classes and age levels. The existing world depends on information and communication to keep moving in the precise direction (Littleton & Field, 2006).

Most scholars of child development believe that exposure to TV violence during child developmental periods augments their risk for aggression and unsociable behaviors (Huesmann, 2006). After observing the violence represented by the media, children initiate to form the normative attitude that it is appropriate and begin to perform aggressively (Christakis, 2004; Giachritsis, & Browne, 2005; Kirkorian & Anderson, 2008, Huesmann, 2006). Educators, academics, and legislators have expressed worry about the long-term impacts of television viewing on very young children (Wright, 2001).

Effects of TV programs on students rely on the age and the number of TV programs they watch. Studies reveal that the relationship between viewing television and students' performance in their classes till they start viewing over 10 hours or above is not negative. But the circumstances become (Thompson & Austin, 2003). By and large, a youngster sees very nearly 12 thousand violent scenes on TVs every year; the larger part of them are of homicide and battling scenes. Inordinate introduction to the vicious substance of TV programs, as featured in more than a thousand investigations, may make the

A Survey by Kaiser Family Foundation showed that 86 percent of children under the age of six spend about two hours each day on screen media (Rideout, 2003). In a survey of 2005, 82 percent of children aged 3 to 4 and 78 percent of children aged 5 to 6 watched television regularly (Vandewater, Rideout, & Wartella, 2007). Parents stated that 43 percent of three to four-year-olds and 37 percent of five to six-year-olds in studied homes who were overweight had media-related items available in the child’s room, which was more alarming (Vandewater, 2007). A few studies also show that American children who graduate from high school spend more time on television than studying in school (Fisch, Kirkorian, & Anderson, 2005).

An American Academy of Pediatrics (AAP) proposed that one to two hours of electronic entertainment per day should be given to children (American Academy of Pediatrics, 1999). Whether or not television is particularly dangerous to youngsters varies from child to child. It might be harmful to a child in some circumstances while also being beneficial to other youngsters in comparable circumstances (Bushman & Cantor, 2003). Another research concluded that while viewing television had a good impact up to a certain point, it might be harmful if it exceeds that point. Movies, cartoons, and music on television may have a detrimental impact on their (students') minds, lowering their academic performance and grades (Hussan & Daniyal, 2013). Because of their powerful influence, publicists strive to make their products known to youngsters. In light of the importance of children in influencing purchase decisions, publicists target kids at home via television as well as in classrooms and schools via advertising (Palmer, 2004).

The effects of TV violence on Pakistani children, like any other country, are also very alarming (Zuberi, 1992). The violence depicted in cartoon-related programming is becoming a significant issue in Pakistan that requires immediate attention. Many of our youngsters suffer significant injuries as a result of their strong associations with otherworldly beings (Hussan & Daniyal, 2013). Apart from violence, many studies have linked television exposure to a wide array of health problems like obesity, fears, anxieties, and sleep disturbances (Cantor, 1998; Bushman & Huesmann, 2001; Anderson & Bushman, 2001; Kaiser Family Foundation, 2004). In the light of the literature review, there were not enough studies found that address the problem regarding social behavior due to watching violent programs on television.  The present study was designed to explore the effects of television violence on the social behavior of preschoolers.

Objectives of the Study

The study was conducted

1.         To know the effects of television violence on the social behavior of preschoolers.

2.        To determine the emotional and physical effects of television violence on preschoolers.

3.        To determine the impact of television violence on children's academic achievement and peer relationships.

The purpose of the current study was to investigate the effects of television violence on the social behavior of preschoolers. The design of the study was descriptive based on Survey research. All mothers of preschoolers in Lahore, Pakistan, were included in the study's population.  A sample comprised of 92 mothers of preschoolers of Allama Iqbal town Lahore and data were collected through a self-developed questionnaire. The researchers visited all the houses of children personally elicited the responses on the questionnaire from the mothers of the preschooler. The purpose of the study was told to the respondents, and they were taken in confidence in this regard. Data analysis was done by using SPSS (statistical package for social science), by which we found frequency, percentage, and mean of every item of the questionnaire.

Table 2. Responses of Mothers about Timing of Their Children Watching TV

Table 3. Responses of Mothers about Programs Which Children Watch on TV

Table 3 Results state that the mothers’ responses about programs children want to see on TV. Most of the children (54%) prefer to see cartoon programs, 49% choose to view films developed especially for kids, and 46% of children go for watching quarrel or fight-oriented programs on TV. There are also a good number of children (34%) that do not like to watch this sort of program on TV.

Table 4. Responses of Mothers about the Effects of TV Violence on Educational Performance

The table shows the results of mothers’ responses about the effects of TV violence on educational performance. According to mothers’ replies, 47% of mothers say that violence is the central problem for children, and 36% do not agree with the notion. Most mothers (56%) have shown agreement that TV programs involving violence affect their children’s academic performance. Moreover, a considerable number of mothers (54%) believe that their children have a problem in getting up earlier due to watching TV programs late at night, while 30% of mothers say that they do not have such a problem. Furthermore, 52% of mothers provide information that TV programs do affect children's mental and emotional wellbeing negatively, while 32 % report that programs do not harm kids' wellbeing in any way.

Table 5. Responses of Mothers about the Effects of TV Violence on Physical Health

Table 5 shows the mothers' responses about the effects of TV violence on physical health. Most mothers (53%) agree that TV has a great impact on children’s physical health while 32% do not agree with this notion. Furthermore, 51% of mothers say that children have become bored due to excessive TV watching and 52% of mothers say that TV viewing on a regular basis has greatly affected the eyesight of children. Moreover, 32% of mothers are providing information that TV does not affect the eyesight of the children.

Table 6. Responses of Mothers about the Effects of Television Violence on Social Behavior

The result of the F test shows that the mean differences between groups and within groups were not significant. The F value (3, 88) = .611, and p=.610 which is greater than the .05 level of significance. Therefore, it is concluded there is no significant effect of different qualifications of mothers concerning T.V violence of their children at a preschool level.

The result of the F test shows that the mean differences between groups and within groups were not significant. The F value (3, 88) = 1.118, and p=.346 which is greater than the .05 level of significance. Therefore, it is concluded there is no significant effect of different occupations of mothers concerning T.V violence of their children at a preschool level.

The result of the F test shows that the mean differences between groups and within groups were not significant. The F value (2, 89) = 1.165, and p=.317 which is greater than the .05 level of significance. Therefore, it is concluded there is no significant effect of different ages of mothers for T.V violence of their children at the preschool level.

The current study concludes that there is a strong effect of TV violence on preschoolers’ social behavior. This is shown in their way of life, clothing, aggressive and violent conduct, and vocabulary. Results show that the preschoolers’ mothers were sure that TV violence does have an impact on behavior. According to mothers TV programs spread violence among children. Children like to watch cartoons, games, movies and after watching the movies, they repeat the dialogues and also discuss with others the story of the movie. Mostly, mothers said that after watching TV or violent programs children became aggressive, they imitated the acts that they watched on TV. Results also show that after watching violent programs children ask questions about that. According to researches, both girls and boys watch TV. Both have favorite programs but most of them watch a cartoon with deep interest.

The findings of this study showed significant