The aim of the study was to investigate the Cultural limitations inhibiting female athletes in sports participation at the college level in district Sialkot, Pakistan. For this very purpose, the population of the present study consisted of 867 female athletes who were FA, FSc students. A simple random sampling technique was used, and 20% of the total population was taken as a sample. A close-ended questionnaire was formulated and designed to analyze existing phenomena. The questionnaire was distributed among the athletes. The ratio of the returned questionnaire was 88.93 per cent. Descriptive statistical tools (mean and stander deviation) and inferential statistical tools (ANOVA and t-test) were used to analyze the collected data. The researcher concluded that there is a significant impact of Cultural limitations upon inhibiting female athlete in sports participation at the college level. It was recommended that the government might arrange sports tournament at all educational level, and parents may be present during sports competition. The special budget may be allocated for sports to female colleges. The achievement of any college in any sports arena may be awarded money and incentives for encouragement in sports participation 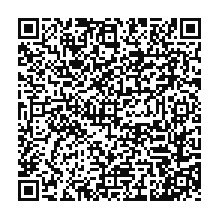