Discourse refers to a dire system related to the meaning or a set of statements that are organized systematically which gives distinct meaning and identity of an institution or society. CDA is related to the analysis of both spoken and written forms in the lens of elegant and expansive practicing a particular social setting such as domination, hegemony, racial discrimination, as well as a violation of basic human rights. This research has been conducted aims to explore the CDA of Mandela's Speeches from the perspective of Halliday's SFG, particularly the three Meta-functions. And also highlights the various functions of the Meta-functions. It also finds out the various elements of the Meta-functions used in Mandela's discourse (especially his two selected political speeches). It foregrounds why Mandela focuses on the use of SFG in his discourse. Meanwhile, the study also focuses, in general, on how SFG makes language effective. The qualitative method has been used for this study. The secondary data were used in this study, and ten speeches were selected for data analysis. All the speeches of Nelson Mandela have been critically explored through Systematic Functional Grammar. Various steps were taken to test the hypothesis âÂÂthe effectiveness of Mandela's discourse is based on "Systemic Functional Grammar (particularly the three Meta-functions of Halliday)."However, the results also support the hypothesis. The present research also suggests recommendations for further improvement. 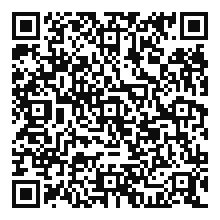